The Rooster Notts County Junior open attracted fourteen entries in all sorts of dinghies. The light to moderate gusty winds led to a few spills but with the weather and water warming up that didn’t deter anyone.

Meanwhile the Saturday Club, for those waiting in the wings, took place near the clubhouse.

Samantha Mason in her Topper was up with the Aeros and won the first 3 races on handicap, giving her the overall win. She was followed on equal points by the 420 of Heather Quinn and Gwyneth Lanyon. Raife Piggott in an Aero as third a few points behind.

The results don’t reflect the closeness of the racing the Toppers were often trading places as were the other boats. The day ended in smiles and prizes, thanks to John for the prizewinners photo. 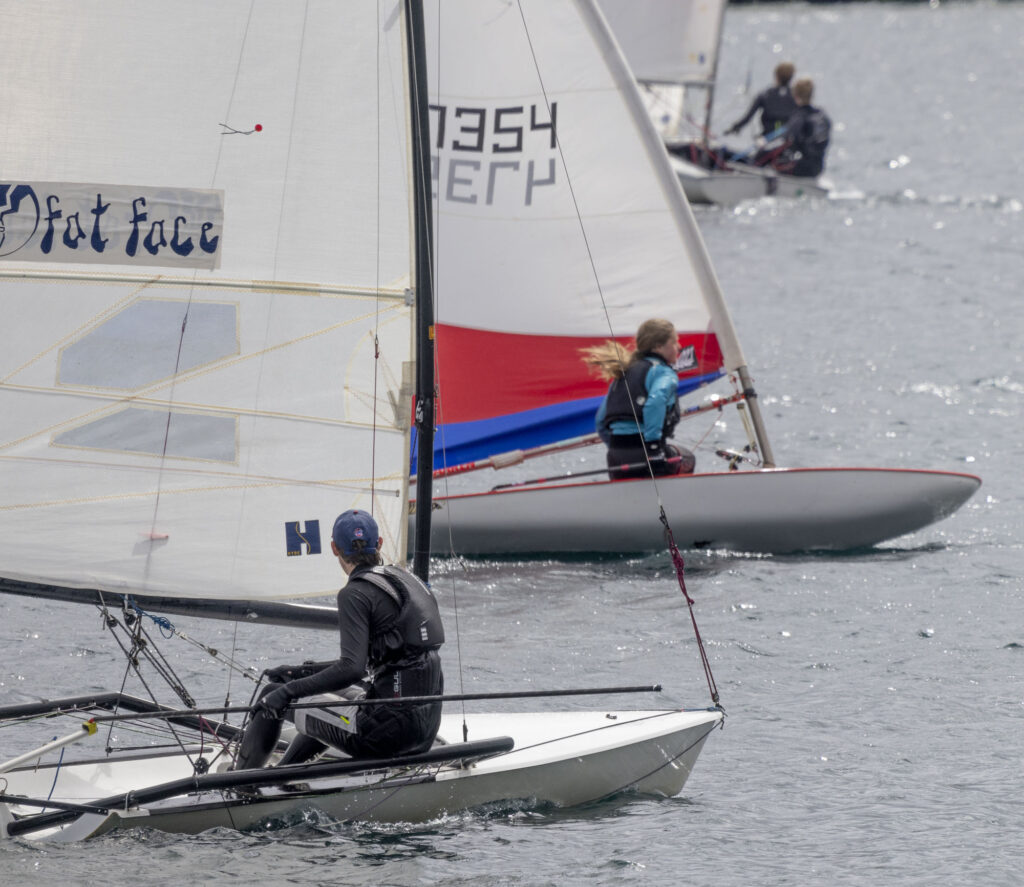