The 2022 Windsurf open at Notts County was a great success, with 22 entries across the fleets. Rebecca Ogden and team providing some great racing for Raceboards and Technos, and Adrian Jones and Vicki (Glossop) and Nieve (Burton) providing the young Team 15 sailors with a mixture of racing and coaching.

The day started with the club’s Saturday club for youngsters, with the high winds they were out in the Cobles and Stratos, keeping them in a tight group, allowing the Team 15 room, and Racboards and Technos the rest of the lake.

The race board fleet saw Tim Colles dominate the fleet in his 9.5 winning all three races, the 7.8 felt was more closely contested, Ian Pilkington and Gery Ball were close in all the mornings races and Gerry maintained his constancy to win. Dean Hutchinson entered in the afternoon and join the tree afternoon races for second overall.

The Techno fleet saw Amelia Gay win with firsts and seconds, with Owen Silcock improving through the day to come in second, and Hani Zhang third. the 6.8 fleet saw Max Bubsworth win, and the 7.8 fleet was won by Mathew Edward.

Meanwhile closer to shore and the clubhouse was the Team 15 4.5 and 3.5 fleet running 8 races with Phoebe Gay winning, the 4.5 with Maya Bradstock second, and Alex buaucutt winning the 3.5, followed by Finley and Lewis Arundel.

Thanks to rooster for some of the prizes. 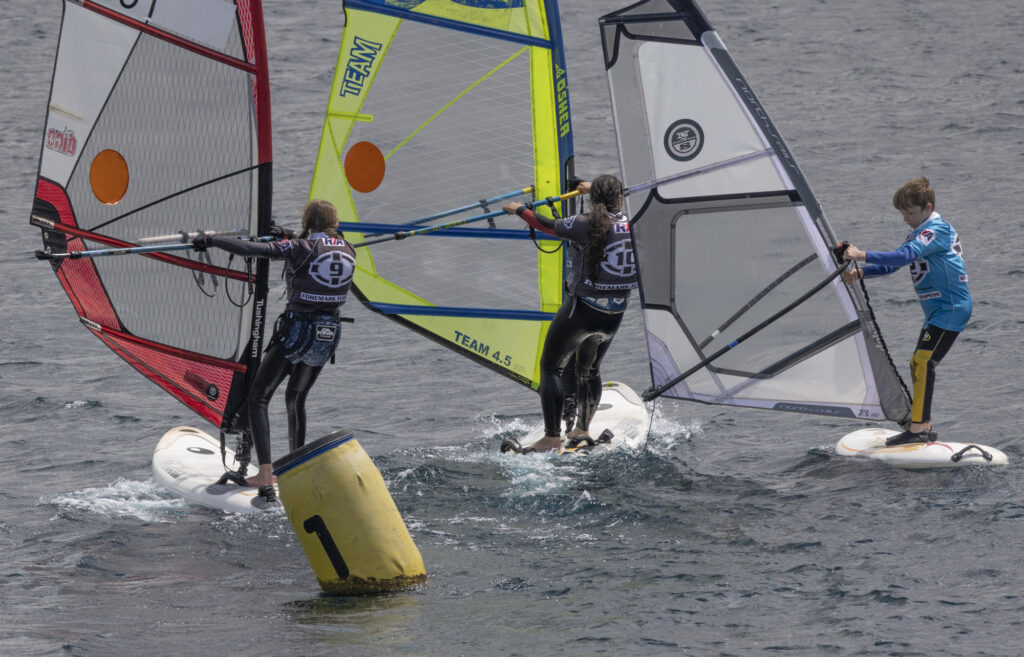