The Snakebite team racing is the Nottingham Universities national sailing event, with 180 students taking part, 20 judges and scorers and plenty of helpers it is a major undertaking.

Pauline does plenty of food and there is chatter and smiles in between the races, often in team huddles, but not always. Universities come from all over the country.

Racing is fast and furious, two teams of three boats race every three minutes m so this year on Saturday they managed 90 races, pretty well everyone has a go in each set of boats and against every other team.

Saturday had some gusty wind, but only the occasional spill, with rain most of the day but the off sunny spell. 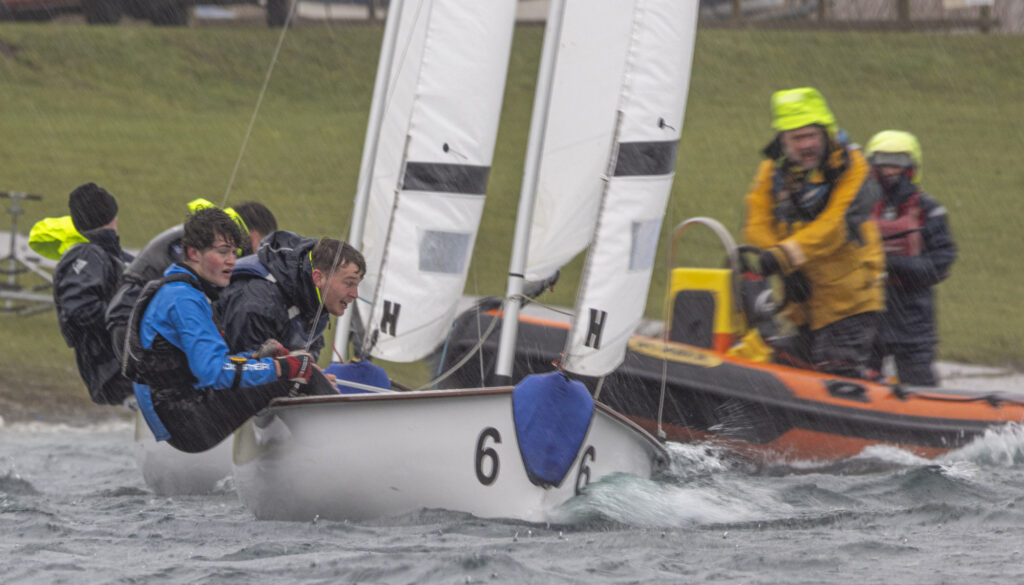