The Topper Midland Championships took place at Notts County Sailing Club over the weekend of 11/12th June. The wind was gusty and interesting on Saturday, with gusts of 23 knots at times. Sunday saw lighter winds but still top end of 18+ with sunshine but providing excellent challenging conditions for a 7 race Championship, but for the most part it was sunny and warm. On Sunday winds were lighter, with sunshine at times.

Saturday saw Joe Rowe from Draycote dominate winning every race except race 7 when he was OCS. Jessica Powell (Draycote) was the first under 13 and second overall with constant results at the top of the fleet, Samantha Mason from Notts County was third, not much separated the first six so it was all to play for on Sunday.

There was less wind on Sunday for the three final races. Joe Rowe continued his winning streak, giving him 5 firsts to count. Meanwhile Charlie Hopkinson from Notts County started building on his Saturday results to finish  in second. Jessica Powell was third and Katherine Gunn (Notts County) fourth with Samantha Mason finishing 1 point behind in fifth.

Mike Powell (ITCA area rep) and Russ Dent from Topper thanked the sailors and Notts County SC for another well run and managed event and look forward to the 2023 Champs. 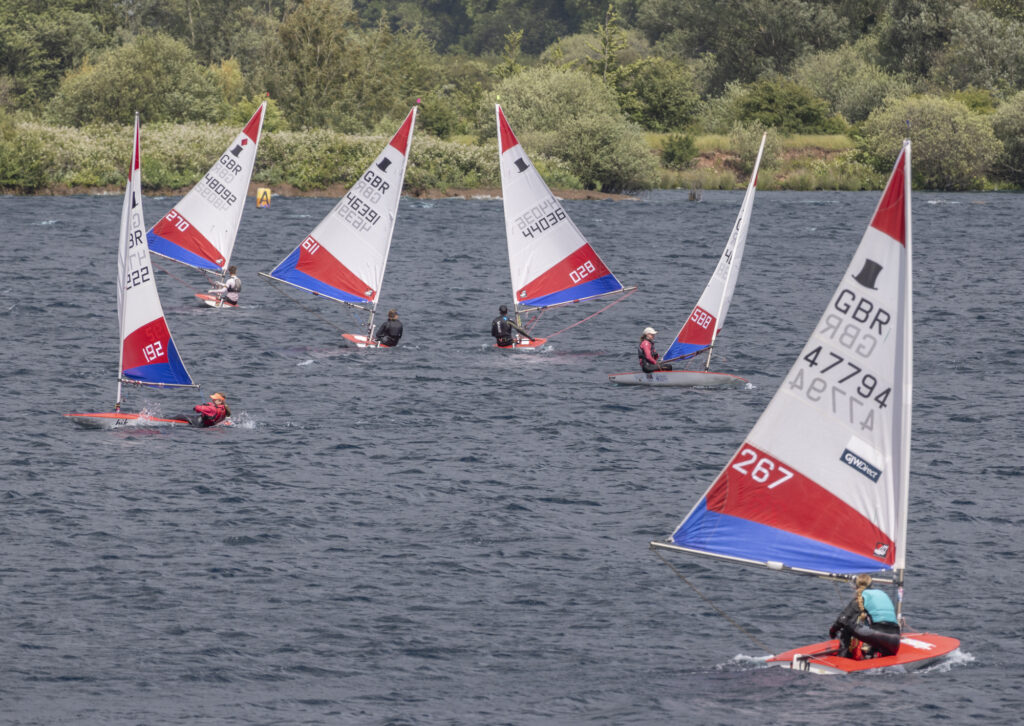